Spilling the Tea on Leagacy IT Automation

The fancy world of automation gets us thinking of complicated, lengthy and mundane processes/activities being handled simply and efficiently, while we peacefully sip on an evening cup of tea. Before you get too lost in that thought, let me spill the actual tea on this.

For a while now, folks in the IT world aren’t surprised to hear automation is falling short of what it promises – strong performance and scalability. Statistics show that a staggering 70% of automation, unfortunately, overpromises which further leaves IT automation enthusiasts in the doldrums.

Speaking of legacy IT systems, the majority believes automation is not only expensive and involves more work but also adds complex layers of customized logic to existing systems. The result is hard to maintain, leading to technical debt. Ever heard of ‘too many cooks spoil the broth’? Well, too many layers make IT spaghetti, and that’s the harsh truth of modern automation.

The future of complex automation.

Most of the overpromise and under-delivery occur when we simplify and automate the last 20% of the process (and the easy 80% are completed). In an alternative solution, we would have consumable independent blocks of logic that could be put together to build more complex ones and dismantled when required. The solution would be all cloud-hosted and would be repeatable, reusable and cost-effective.

Microsoft Power Platform could be the future of complex IT automation, let’s explore how.

You may currently follow a repeatable manual process which has defined rules and actions?  This is where Power Automate fits in by automating mundane manual tasks within hours and days (not weeks and months). If you have paper based forms that you want to digitize and create automated workflows – then look no further than Power Apps + Power Automate (as part of the Power Platform)

Microsoft Power Platform empowers organisations to augment their legacy applications by harnessing the quickly deployable blocks of low code components that transform your business applications and workflows through desktop automation, cloud flows, custom connectors, data gateways and other services. Click here to learn more about how organisations across the globe have leveraged power platforms to solve their business problems.

Need IT automation training or data solutions to support your organisation? Contact Agile Analytics by emailing info@agile-analytics.com.au or fill in this contact form 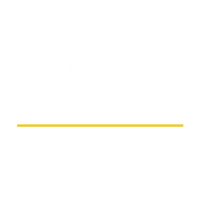 Agile Analytics is a specialist consulting firm in Data Analytics and a Microsoft Gold Partner.

Our mission is to help organisations build a data-driven culture, to gain and sustain a competitive advantage.

We use cookies on our website to give you the most relevant experience by remembering your preferences and repeat visits. By clicking “Accept”, you consent to the use of ALL the cookies.
Do not sell my personal information.
Cookie SettingsAccept
Manage consent

This website uses cookies to improve your experience while you navigate through the website. Out of these, the cookies that are categorized as necessary are stored on your browser as they are essential for the working of basic functionalities of the website. We also use third-party cookies that help us analyze and understand how you use this website. These cookies will be stored in your browser only with your consent. You also have the option to opt-out of these cookies. But opting out of some of these cookies may affect your browsing experience.
Necessary Always Enabled
Necessary cookies are absolutely essential for the website to function properly. These cookies ensure basic functionalities and security features of the website, anonymously.
Functional
Functional cookies help to perform certain functionalities like sharing the content of the website on social media platforms, collect feedbacks, and other third-party features.
Performance
Performance cookies are used to understand and analyze the key performance indexes of the website which helps in delivering a better user experience for the visitors.
Analytics
Analytical cookies are used to understand how visitors interact with the website. These cookies help provide information on metrics the number of visitors, bounce rate, traffic source, etc.
Advertisement
Advertisement cookies are used to provide visitors with relevant ads and marketing campaigns. These cookies track visitors across websites and collect information to provide customized ads.
Others
Other uncategorized cookies are those that are being analyzed and have not been classified into a category as yet.
SAVE & ACCEPT
Request a Quote